When Daniel first came to Water Street back in 2018, life had brought him to the brink. “I thought I was broken. I thought I was broken beyond repair. And I wasn’t ever going to be able to accomplish anything important. And that really weighed on me.” Little did he know then how much things would change.

It’s been over a year and a half since he left our residential program, and today, he is in a completely different place. Just this past spring Daniel graduated from HACC with an associate’s degree in Computer Science, fulfilling a dream he’s had for over 20 years.

But getting here took some time, and a few detours. Before coming to Water Street, Daniel had worked as the manager of a local Burger King for decades. Already working overtime when his health began to fail, he soon realized he could no longer keep up. The physical pain, what was later diagnosed as fibromyalgia, cost him his job. Soon he and his wife lost their home, and most painfully of all, custody of
their children.

“Just this past spring Daniel graduated from HACC with an associate’s degree in Computer Science, fulfilling a dream he’s had for over 20 years.” 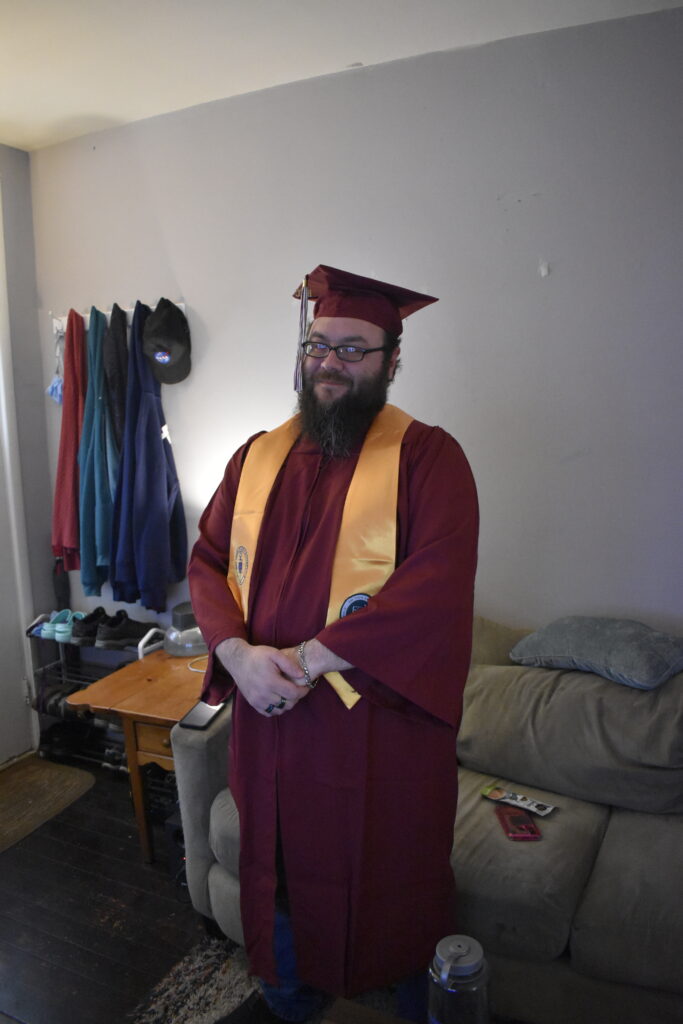 Facing so much loss, Daniel was overwhelmed with hopelessness. He came to Water Street thinking he had no future instore. But through the encouragement of staff, slowly but surely, he began to dig in. Overtime through classes, and opening up to his counselors, Daniel began to realize just how much fear had ruled his life.

Growing up in Lancaster outside of the church, he says his most memorable experiences with God were people telling him he was going to hell. This God, he believed, would never give him a second chance.

“It wasn’t until I got to Water Street Mission that I got the real message that that’s not what it’s about” he says.

“It’s about how Jesus loves you so much that he sacrificed everything for you, in a way that no one else ever could. And it finally made sense, and it really changed my life.”

Forgiveness allowed Daniel to see himself in a whole new light. No longer alone, he found the strength to pick himself back up, and get back on his feet. That’s when it clicked, he could finally pursue his dream job.

Today, Daniel is hopeful, knowing he has a steady future for his family. Not only does his new career allow him to manage his physical pain, it’s reunited him with his family.

Over the last year, it’s been a process of gaining confidence, and unlearning bad habits. But now, Daniel says he is forgiven, and focusing on spreading that same forgiveness to his family and community.

“I’m just so grateful for everything I’ve been given, from God, from Water Street, and from the people who are involved. I couldn’t have done any of it without you.”

He’s cherishing time with his wife and kids, and he’s already going on to get his bachelor’s at Millersville, only a few courses shy! “I’m just so grateful for everything I’ve been given, from God, from Water Street, and from the people who are involved. I couldn’t have done any of it without you.”