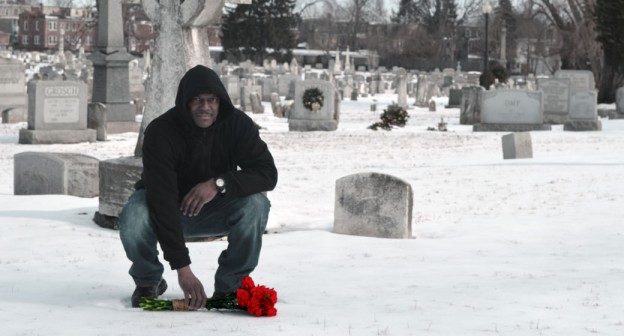 Ron grew up in Baltimore, MD and lived a hustler’s life on the streets. “I didn’t live a good life and I was scared to die,” he recalls. And not scared to die in the way that people think about growing old and one day passing on—Ron’s talking about randomly being shot in the middle of the street on a sunny Tuesday — that kind of “scared to die.”

Looking back, Ron says, “Dealing and hustling is just your life on pause and it’s up to you to hit the play button. I hit the pause button for 30 years. I had people who wanted to kill me. I was in the trenches, getting high and partying. I wasn’t doing nothing there but throwing bricks at the penitentiary.”

Ron’s fear of dying on the streets became so real he had to leave Baltimore.  He left without a plan.  He just knew he had to move away. Ron landed in Lancaster only because he had an uncle living in the city, and thought he’d be able to sleep on his couch.

Things were tight for a while and eventually life’s events landed Ron at Water Street Mission.

Some might consider this a tragic turn in what was a desire to start over.  Ron, however, realized this part of his story was the lynchpin in his healing and renewal.

Ron experienced true compassion and heard God’s truth that he is a treasured child in God’s kingdom … He walked away from the Mission a transformed man.

The journey through the Mission was really difficult at first. There were goals and guidelines. Ron experienced true accountability and an authentic community, two things he never experienced with over the 30 years he spent striving to make a life on the streets. At Water Street he realized life wasn’t about his pursuit to survive, it was about living with intentionality and purpose rooted in his newfound relationship with God.

During his time of healing at the Mission, Ron discovered the natural talent he had to work with teens recovering from drug and alcohol addiction. Every so often, while he was staying at the Mission, he’d go and speak at a rehab facility for teens. Ron says he doesn’t have a college degree, but he definitely has a life-skills degree that speaks loudly to teens stuck between living life and pushing the pause button.

“When I got to Water Street I had no idea that people had the hearts they had,” Ron said. During his stay at the Mission, Ron experienced true compassion and heard God’s truth that he is a treasured child, in God’s kingdom, and he doesn’t need to hide from death anymore. It freed him up from so many past hurts and mistakes. He walked away from the Mission a transformed man.

Ron’s restoration led him to work at a drug and alcohol rehabilitation center for youth. Everyday his own journey helped him lead a younger generation down a healthier path. Ron chose to dive into a different lifestyle, and he was forever transformed by that choice. Because of that, he was able to share the wisdom and truth he gleaned from the Mission with teens who are on the edge.