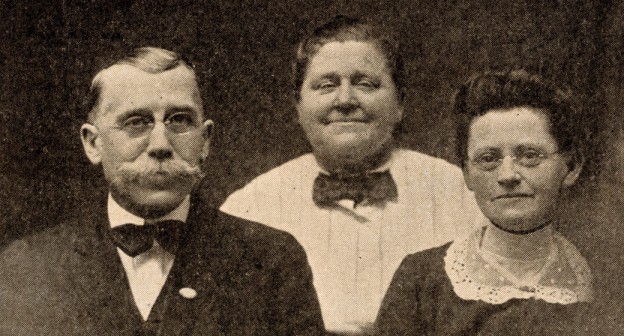 In May 1905, Dr. Ezra Sieber and his wife began a small group for folks living in downtown Lancaster to gather and share God’s story of redemption and salvation. They met in Ms. Sarah Kuhns’ row home on the southwest side of the city. During one of the Sunday evening meetings, Ms. Kuhns committed her life to Jesus Christ and began living a life transformed by God.

Over time this small group grew and started to do outreach in downtown Lancaster. Their heart was to serve the homeless. In 1916 they opened a shelter for families and served meals for 10¢ to those who could pay, and free meals for those who couldn’t. Water Street was recognized by Pennsylvania in 1917 as an official organization. A signed charter officially documented our mission statement, which remains a central guide to how we serve the homeless today: to advance the Kingdom of God through the gospel of Jesus Christ by providing rescue and renewal service in the City and County of Lancaster, PA.

Despite the changes and expansion over the past 110 years, one thing remains the same: the hearts of men, women and children still yearn to experience a life filled with Christ’s redeeming love.

The Mission expanded its services in the 1920’s and began handing out baskets of food and other supplies to local families living in poverty in the city. Today we have a robust Outreach Program providing groceries and clothing to an estimated 31,000 people living in poverty per year. This arm of Water Street reaches people on the brink of homelessness affording them the ability to save their money to pay their rent and keep a roof over their heads.

In the first half of the 20th century Water Street was referenced as, “Your church in overalls working among the down trodden, the poor, the lame, the halt and the blind.” In 2006 Water

Street had adopted four Core Values, one of which is to be in service to the church. We exist as a resource for, and in service to, the Body of Christ in Lancaster.

In 1993, the Mission opened a free medical clinic on campus and began serving people living in extreme poverty. The dental and medical clinic recorded 6,000 appointments during 2014. The Learning and Career Center also opened in the 90’s, now know as the Enrichment Center, it offers guests access to a variety of classes to help the homeless acquire the tools to obtain a job, find housing and manage their resources wisely.

Much growth and change has taken place over the decades to provide spiritual, physical and emotional support for the homeless. Despite the changes and expansion over the past 110 years, one thing remains the same: the hearts of men, women and children still yearn to experience a life filled with Christ’s redeeming love. Water Street continues our commitment to remain true to our beginning: we are “your church in overalls working among the down trodden and the poor…”.   Through the Gospel of Jesus Christ every man, woman and child living in poverty will feel rich in God’s kingdom.