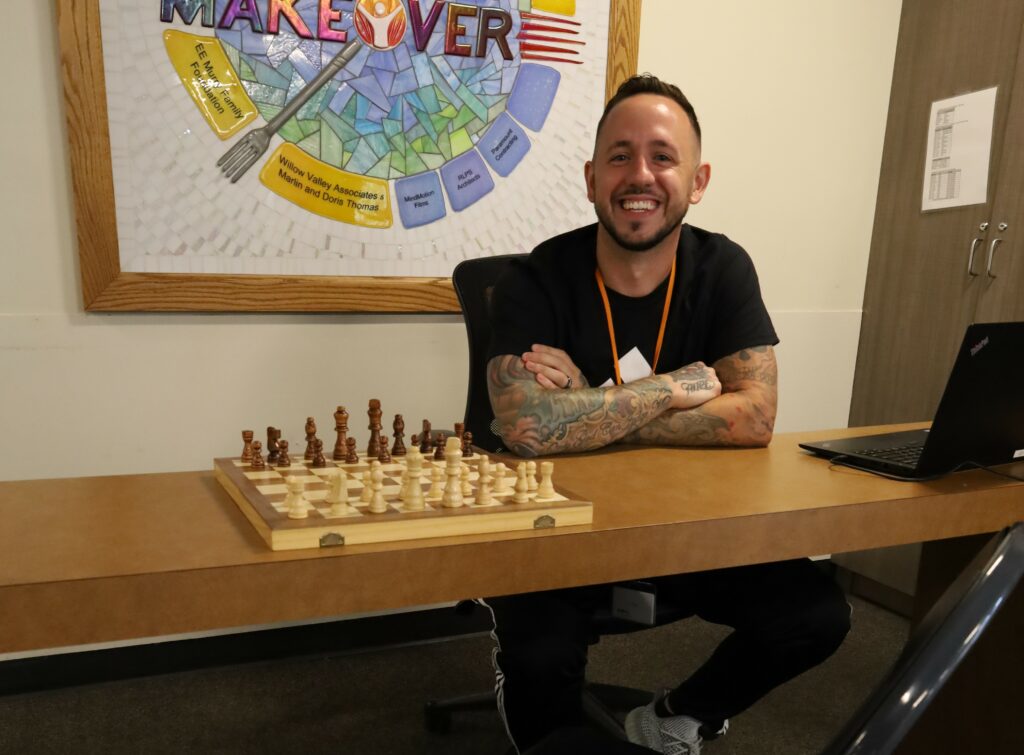 Ryan sat down in the day shelter for his first day on the job. He looked around at the sea of faces and didn’t know where to begin, or how to spark a conversation. Someone suggested he play a board game with a guest, so he figured he would just give it a try. He pulled out a chess board, and without knowing it, started a new Water Street tradition.

“At the beginning I was terrible” laughs Ryan. “I was losing to everyone.” From time to time, guests would give him tips, and he got better and better. More than anything though, as his skills sharpened, he was getting into more meaningful conversations.

Where do you come from? What are your goals? And the most loaded question of all: How did you end up homeless?

There was something about chess that took hard questions, and made them easier to talk about. With chess, you don’t need to make direct eye contact. It’s slow, and meditative, and the light distraction makes getting into hard discussions much easier.

For months Ryan kept working with guests day by day, often over a game of chess. Candidly, he admits the work seemed frustratingly gradual at times. “At the beginning you are just playing and you don’t really see the daily work you do,” he says. “In construction you can see, ‘hey I built this’, at the end of the day. But in ministry and in life coaching, you don’t get to see what you did every day.”

Progress isn’t always linear. This was another lesson chess taught Ryan. One day he was playing a young man and “beating him left and right.” Ryan had taken most of his pieces, and when he looked up, the guest was about ready to give up.

But suddenly, in one move, the guest put Ryan in checkmate.

It wasn’t until later that night he felt the true lesson behind this match. “God revealed that even though things look bleak, and you look like you are going to lose, never give up, because your next move could be your victory.”

When someone comes to Water Street, they can often feel like they are all out of moves. Maybe they feel like they’ve already lost. But by building trust, we can help them recognize they are in a safe place to start again. Those small moves often begin in our day shelter, having a one-on-one conversation, or playing a game of chess. And even if they don’t notice them, those moves add up to become the victory. “And then eventually, our guests are going to win the war,” says Ryan.