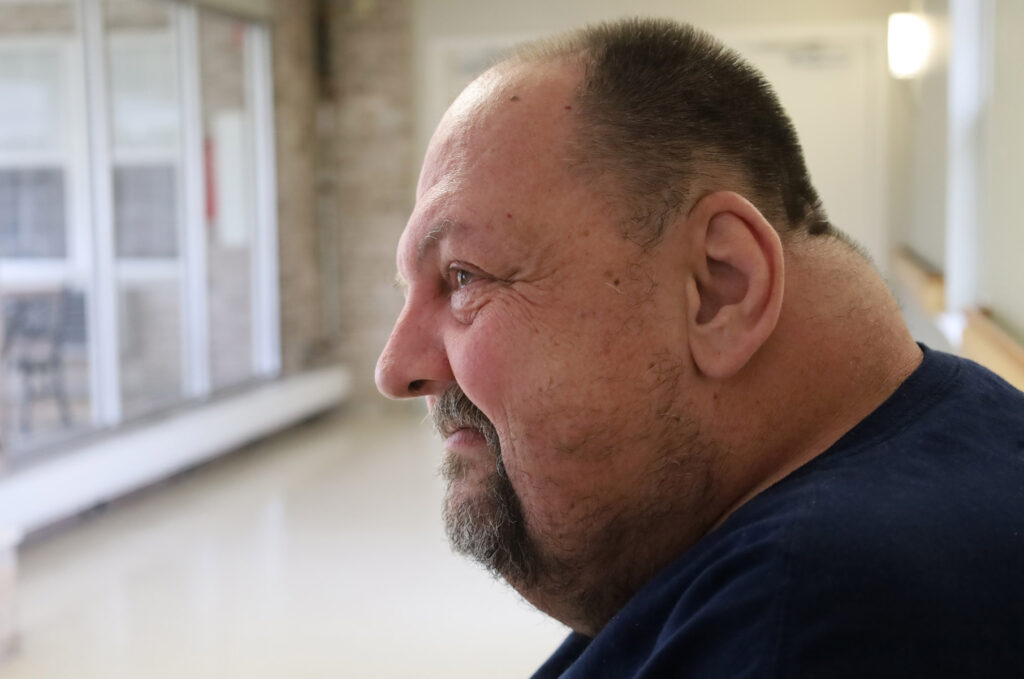 Work till you drop. That seemed like Jim’s mantra for many years. “Working 8 to 12 hour days, seven, eight, nine days a week!” he likes to joke now.

At the time, working so hard wasn’t as funny. Jim spent so much of his life grinding away that he didn’t have time to focus on himself much. “Mentally, I was just so frustrated by busting my butt at work…excuse my French!” he laughs. Stress levels through the roof and high blood pressure were significant issues. But ultimately, it was diabetes that got his attention.

This condition forced Jim to have surgery on his big toe, and later his leg was amputated too. Of course, the restaurant industry isn’t the most accommodating for wheelchair life. “My boss was very kind and held me on as long as possible,” Jim explains. Soon, he lost his job anyway.

For someone who had worked so hard to pay the bills his whole life, finding himself out of work and experiencing homelessness was heartbreaking. He thought about all the mistakes and past troubles and ultimately realized he needed to ask himself, “Are you gonna keep fighting it? Or are you gonna give in to it?”

For Jim, giving in took some time. Water Street Health Services came around him to help stop his illness from progressing. They taught him how to measure his blood sugar and keep track of what he ate and drank, and soon, he did get his health under control. But it wasn’t until he discovered the Bible for the first time that real change began for Jim. “As a kid…I remember a Bible being used to press roses; you never really read it,” he says. Through attending classes and reaching out to counselors, he says, “Not only did they show me the Bible and how important it was, but they showed me how to use it, which nobody had done before.”

Suddenly, everywhere he went, in the dining hall, the smokebox, our residential halls, and more, Jim couldn’t help but talk about all the amazing things he learned in scripture. Bible stories gave him a renewed sense of faith and taught him that no matter his circumstances, past mistakes, anything…God would always be with him.

Today, Jim doesn’t have it all figured out about his future. He’s working on getting his prosthetic leg fitted while staying at a rehabilitation facility and planning to move back into his home once he’s mobile again. But in the meantime, Jim is ok following what God wants for him.

For this reason, he decided to start a Bible study right in his rehab facility. He wants to share everything he’s learned and get a chance to build community over his favorite book. Who would have guessed…from barely ever opening the Bible, to leading his own study!

Throughout all the change he’s experienced, Jim says he’s found one thing most of all: joy. “It’s about choosing to be joyful. Joy is a choice.”