Skip to content
In the Midst of Cancer…Finding Peace 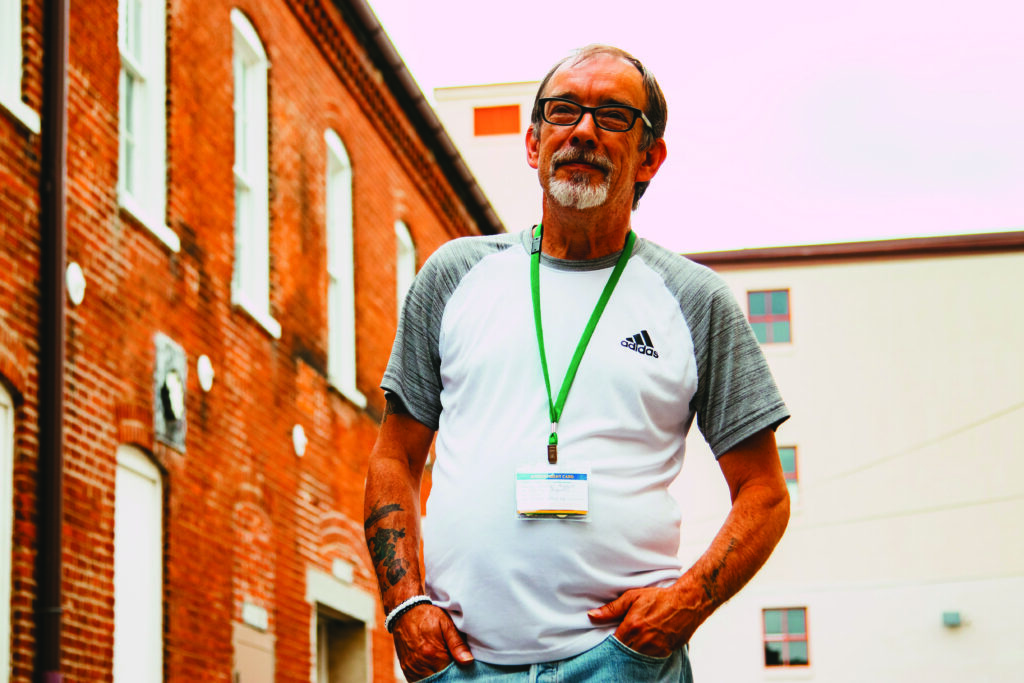 Michael came to Water Street looking for some temporary respite. He didn’t know how long it would take to find that rest, but when he made his way to Water Street Health Services, just a short walk from where he was staying on our campus, he began to learn how much more complicated his journey would become.

A fractured skull was where the questions began. “How’d you do that?” the nurse asked. “Well, when you hit the steering wheel, that’s what happens,” Michael replied, joking around.
That car accident, and the resulting medical bills and trauma, catapulted Michael into homelessness. He had already lost everything in a fire, but ending up in emergency care for a week at 60 years old was the last straw. He came to Water Street not long after.

Despite everything he’s faced, Michael is attesting that God truly answered the prayer he and Hannah made that day in the parking lot.

Even though it was a hard step, it turned out to be exactly what Michael needed.

After that initial round of health screening questions, he had the opportunity to get some blood work done at our health clinic. At first, staff noticed some abnormalities they wanted to get cleared up. And since our team couldn’t definitely declare what it was, they sent him on to an oncologist, awaiting the news. Was it…“The Big C word,” everyone wondered?

Water Street’s newly hired Nurse Care Manager, Hannah, decided to go with Michael to get the diagnosis so he wouldn’t have to face it alone. In the parking lot before they entered, they prayed together for God’s peace to surround him. Shortly after, he received the bad news, he did have prostate cancer.

“I can’t even describe it…I have never felt this much peace in my life, ever,” he says.”

Since that day, Michael has been walking a very different journey than he expected when he first walked into our Access Center. And yet, he now says he’s grateful to be here in this very difficult time. The one thing he can take away from his experience is the community, and how staff, doctors, and even other guests here at Water Street, have surrounded him with love, when he felt his deepest need.
Recently, when Michael finished his last treatment, all of his friends, the nurses, doctors, staff and guests gathered together in Water Street Health Services clinic, ringing bells and celebrating his remission.

Today, he’s rounding out the hard work of beating cancer, but still remembers how important emotional support from staff was in getting him to the finish line, saying “the most important thing is, that you are never left to feel alone.”

One would think ending up in shelter would be the worst possible moment to take on cancer. For Michael, being surrounded by community has actually given him the courage, and the strength to see his treatments through to the end. Despite everything he’s faced, Michael is attesting that God truly answered the prayer he and Hannah made that day in the parking lot. “I can’t even describe it…I have never felt this much peace in my life, ever,” he says.

Watch a video of how Hannah worked with Michael in his battle against cancer :